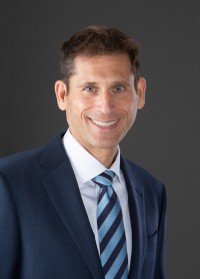 The Court of Queen’s Bench (General Division) is the highest trial court in Manitoba, dealing with civil and criminal matters.  The General Division also hears appeals from decisions by masters, small claims hearing officers, and the Provincial Court on summary convictions.  In addition, the General Division reviews decisions from certain administrative tribunals.

For both civil and criminal matters, the General Division consistently strives to improve the timely delivery of judicial services in a manner that best serves the parties, counsel, and the public.  The court’s basic philosophy is to ensure that cases are decided by impartial judges through a fair, open, timely, and transparent process.  The application of this philosophy instills public confidence in the judiciary and the justice system.

In the realm of civil litigation, the General Division has recently taken steps to improve access to justice by introducing various initiatives informed by this basic philosophy.  Insofar as the court has made purposeful efforts to bring about rule changes and practice policies, they have been informed by the notion of access to justice, including the defining notion of proportionality.  Most recently, these initiatives have included:

In the realm of criminal law, the General Division’s assignment court projects and scheduling guidelines in The Pas, Thompson, and Winnipeg have reduced trial delays by ensuring early and more efficient pre-trial conferences and timelines for the fixing of hearing dates.  Recently, the Criminal Rules and Practice Committee finalized new procedural rules which will further enhance the efficiency of pre-trial procedures and the timely scheduling of trial dates.

Overall, the General Division continues to lead in the development of access to justice initiatives in both the civil and criminal realms and looks forward to the implementation of other upcoming court projects, such as a transformation of the small claims court appeal process and the arrival of “e-courts”.

Information on this page last updated on June 8, 2021